The Richness of Moss 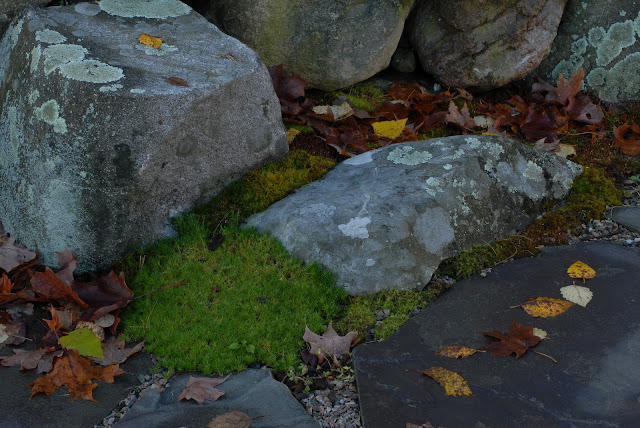 The American biologist, Edward O. Wilson kicks off this Monday morning blog post. “In a purely technical sense, each species of higher organism—beetle, moss, and so forth, is richer in information than a Caravaggio painting, Mozart symphony, or any other great work of art.”

With that said, a follower asked this weekend about the best place to find bright green moss seeds *(correctly referred to as moss spores) to grow in between the cracks of a recently added stone patio. Many folks try to rid themselves of moss that grows naturally in between the nooks and crannies. I personally like it when moss finds a home in the terrace.

An old-fashion strategy for successfully growing moss is to collect moss growing in a nearby area and chop it up (some people will even put into a blender) and wash the moss puree into the joints. Your success rate is much higher than buying pots of moss from a nursery or moss spores that may not be conducive to growing in your location. If you have a sunny spot, there is less chance of moss spores taking off unless you find a moss that prefers these types of growing conditions. There are a few sun lovers but typically moss thrives in the damp and shady locations. There are literally thousands of species of moss and by far, the best way for growing moss is to let nature do the job itself. Here’s a tidbit of information from Wikipedia that can help in the spores’ success rate.

“Growing moss from spores is even less controlled. Moss spores fall in a constant rain on exposed surfaces; those surfaces which are hospitable to a certain species of moss will typically be colonized by that moss within a few years of exposure to wind and rain. Materials which are porous and moisture retentive, such as brick, wood, and certain coarse concrete mixtures are hospitable to moss. Surfaces can also be prepared with acidic substances, including buttermilk, yogurt, urine, and gently puréed mixtures of moss samples, water and ericaceous compost.”

Moss – it’s more than something green, soft and fuzzy. “In a purely technical sense, each species of higher organism—beetle, moss, and so forth, is richer in information than a Caravaggio painting, Mozart symphony, or any other great work of art.”

If you like this blog, hope you check in daily. You can like our fan page at http://www.facebook.com/abilowz or follow on twitter http://twitter.com/annbilowz (where there are even more shared tidbits) or subscribe on the blog to receive posts daily via email or a feed. Either way, we hope you follow the postings somewhere in cyberspace and share it with your gardening friends. Contact me direct at annbilowz@gmail.com Happy Gardening. Annie P.S. You can now follow with visuals on Pinterest, too! http://pinterest.com/bilowzassoc/
Posted by Unknown at Monday, June 25, 2012