The first day of December and the question is - how many days left in the countdown to Christmas? Here are the answers to yesterday’s brain teasers.

5.) Sugar Plums are the dried candied fruit from the plum tree.
A trick question - the name of this popular holiday candy, the sugar plum is said to be derived from dried prunes (plums). Before chocolate and refined sugar made its way into the Christmas stockings, sugar plums were the popular sweet; a piece of candy made of sugar, dried fruit, nuts and honey shaped in a small round or oval shape to look like a plum.

Stay healthy and happy during the holiday season. This is the time when folks get run down and feel down so to survive the holidays, keep plants and gardening thoughts dancing like sugar plums in your head. The inspirational thought for the day is by Larry Wilde, The Merry Book of Christmas. “Never worry about the size of your Christmas tree. In the eyes of children, they are all 30 feet tall.” Concentrate on the season, not on the gifts and you will find a happier family on Christmas morning. 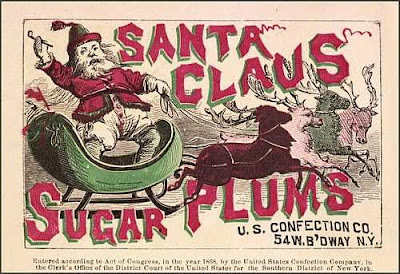 Image from the internet

Image from the internet!